Winter Weather Advisory – Freeze Warning In Effect Across The Region 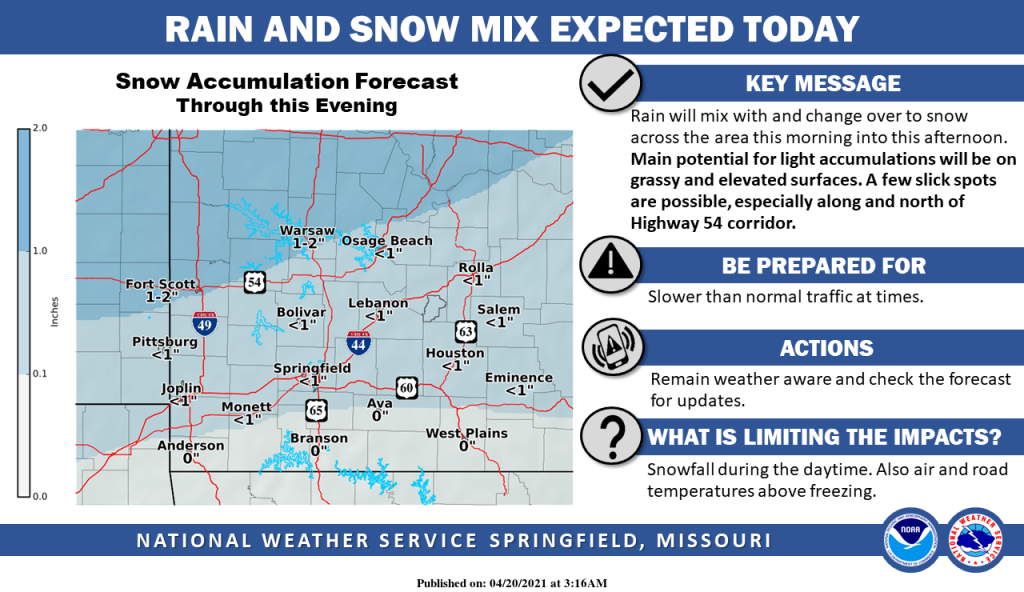 Winter is making a return to the Lake area today through tomorrow.

A Winter weather advisory and a Freeze warning are currently in effect and there is a chance for snowfall, with larger accumulations possible in the northern portions of Morgan and Benton counties.

That could cause slick conditions on area roadways and bridges.

“Probably most likely it’s going to stick on your untreated roadways, like your bridges or overpasses, your trees…your grass…your cars. Along the highways were it’s been warmer, it’s likely not going to stick but again it’s still going to be slippery out there as this is falling” says Meteorologist Megan Mulford from the Weatherology Weather Center. 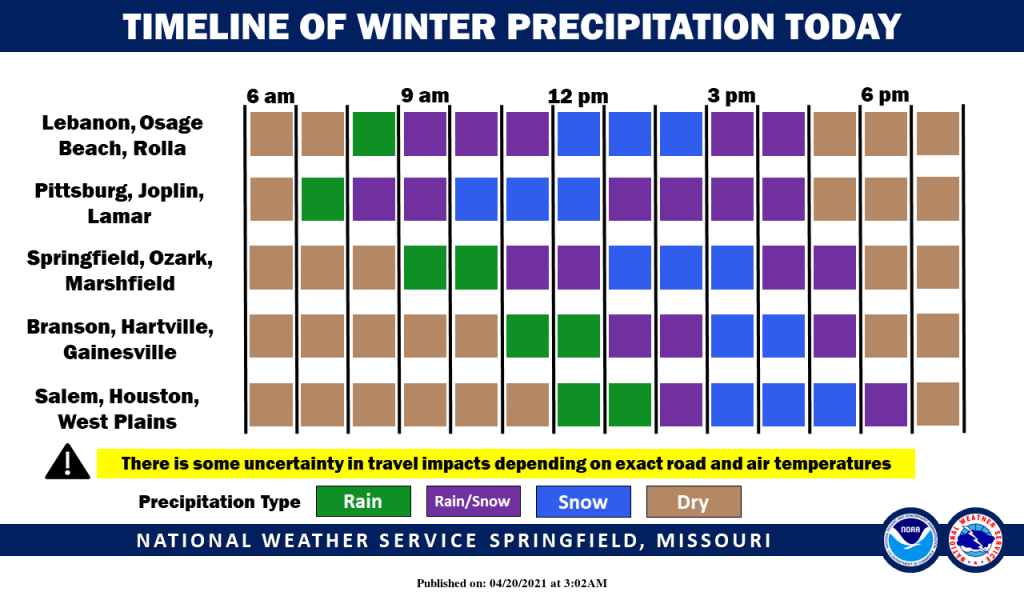 She tells KRMS news if you’re unsure of the road conditions, just play it safe “act like we’re in the middle of January, that’s what I tell people, if you think it’s not slick….then that causes for havoc, so just take it slow out there.”

Mulford also recommends you bring in any potted plants or cover your garden with a tarp, as temperatures could get into the upper 20s tonight (Tuesday night) into tomorrow (Wednesday) “if it is possible to bring your little plants or something, bring those indoors. I know if you have gardens, if you can try to find tarps or something to cover them…that would be good.” 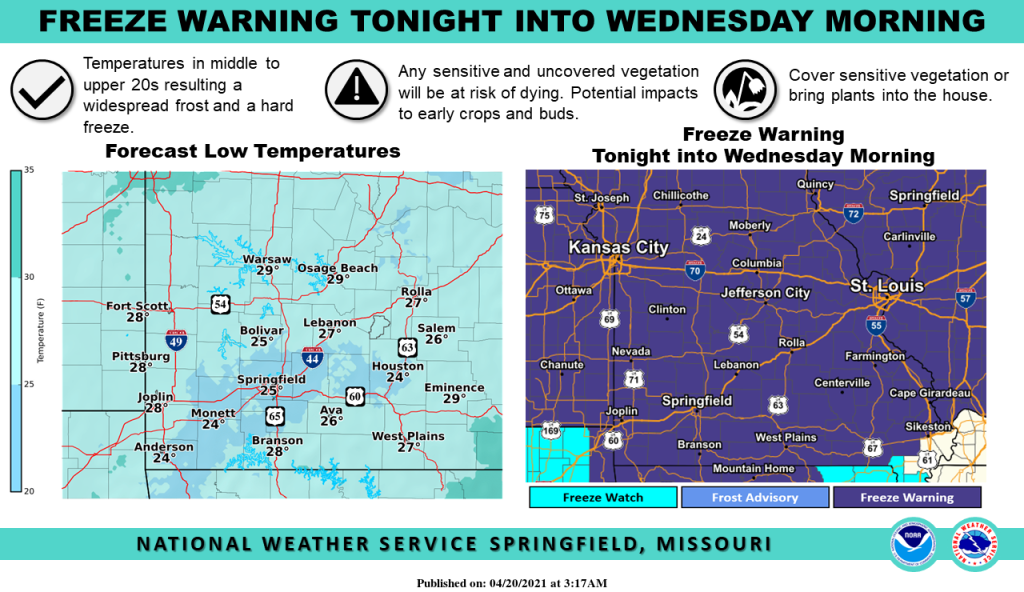 Car Crash Sends One Man To The Hospital With Serious Injuries