A major boost is coming into the Show Me State towards the effort of expanding broadband internet into rural Missouri.

According to Governor Mike Parson, the Department of Economic Development award Missouri $261 Million Dollars, which is expected to be distributed to 60 different projects planned for improving internet access to more than 55,000 places statewide.

Groups receiving the grants in the Lake Area include CO-MO Connect, Net Vision Communications and the Osage Valley Electric Cooperative.

In a statement, Parson says they’re “Excited to take a step forward” in fixing the internet connection issues in the rural parts of the state and that these funds and investments will have “lasting and positive impacts” for Missourians for generations to come.

More details on the expansion and cost breakdown can be found below:

Today, Governor Mike Parson announced that the Department of Economic Development (DED) has awarded a total of $261 million through the ARPA Broadband Infrastructure Grant Program to 60 recipients for projects that will expand and improve internet access statewide. Projects receiving funds are expected to create more than 55,000 connections in locations that previously lacked adequate internet access.

“We’re proud to announce the recipients of the Broadband Infrastructure Grant Program, which represents a major step forward in strengthening Missouri’s internet connectivity,” Governor Parson said. “Our goal with American Rescue Plan Act funds is to make investments that have a lasting, positive impact for Missourians statewide. Today, we have accomplished that for broadband expansion, which is vital to supporting education, health care, business, and agriculture in today’s economy.”

The ARPA Broadband Infrastructure Grant Program, administered by DED’s Office of Broadband Development, was launched in August 2022 to invest in broadband expansion. The program awarded competitive grants to a wide range of applicants, including traditional internet providers as well as electric and telephone cooperatives. The program prioritized unserved and underserved areas. Funds will be used to build new connections that will deliver symmetrical speeds of 100 Mbps upload / 100 Mbps download or greater.

“Today’s announcement is great news for Missouri businesses, communities, and families who need and deserve access to quality internet,” said Maggie Kost, Acting Director of the Department of Economic Development. “Broadband expansion is a critical priority, both for economic development and improving the lives of people across our state. We’re grateful to partner with recipients of this grant program to bring more connections, and greater opportunities, to all Missourians.”

“I’m incredibly proud of the hard work and careful consideration the Office of Broadband Development team contributed to the success of this grant program,” said BJ Tanksley, Director of the Office of Broadband Development. “We truly believe these investments will be transformational for broadband expansion in Missouri. As we continue striving for a fully-connected future, we look forward to this program’s results and appreciate the stakeholder support that helped make it possible.”

For details on recipients of the Broadband Infrastructure Grant Program, please see below.

Laclede Sheriff’s Office Says Scammers Are At It Again 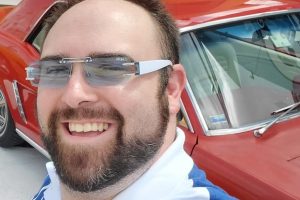