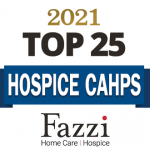 If you’re a Fit Bit user, you may want to pay close attention to this recall.

The company is recalling around 1 million watches due to a potential burn hazard.

So far, they’ve received 115 reports of the battery of the watch overheating, with 78 reports of burn injuries, two of which were third-degree burns and four second-degree burns.

These watches were sold from September 2017 through December 2021.

If you have a Fibit Ionic Smartwatch, contact the company to get pre-paid packaging to return the device for a refund of $299 and Fitbit will also provide a discount code of 40% off select products.

More details on that recall can be found below:

This recall only involves the Fitbit Ionic Smartwatch. It was sold with a polyurethane band and has a 1.4-inch color LCD screen. The watches were sold in slate blue/burnt orange, charcoal/smoke gray, blue gray/silver gray, and a special edition co-branded with Adidas in ink blue/silver gray. The smartwatch tracks activity, heart rate, and sleep.  Only the following models and colors are included in this recall. For the Ionic device, the model number (FB503) is on the back of the device near where the band attaches. Fitbit is printed on the front of the Ionic Smartwatch.

Consumers should immediately stop using the recalled Ionic smartwatches and contact Fitbit to receive pre-paid packaging to return the device. Upon receipt of the device, consumers will be issued a refund of $299. Fitbit will also provide participating consumers with a discount code for 40% off select Fitbit devices.

Best Buy, Kohl’s, Target and other stores nationwide and online at Amazon.com and Fitbit.com from September 2017 through December 2021 for between $200 to $330. Fitbit stopped production of Ionic in 2020.

Fitbit toll-free at 888-925-1764, available 24 hours a day, 7 days a week or online at help.fitbit.com/ionic or www.fitbit.com and click on “Product Help” at the bottom of the page for more information or fitbitionic.expertinquiry.com.