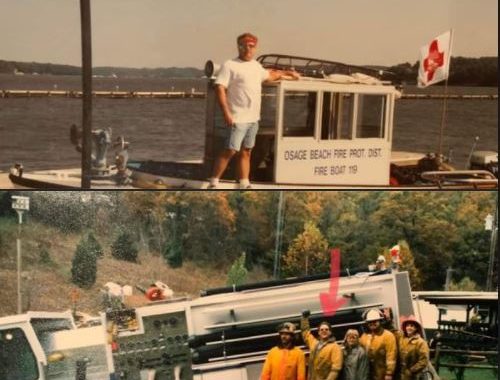 More details are being released about a judgment handed down to a Lake Area man who was facing felony DWI charges.

According to a Highway Patrol report dating back to November 2020, Montreal residents Debbie and Jerry Allee were traveling on Route A near Freedom Road when they were struck by 52-year-old Nicky Winn in a Chevrolet pickup truck.

Both residents were transported to Lake Regional with serious injuries while Winn was arrested at the scene for driving under the influence.

Earlier this month, Winn was in court to face the charges of DWI, as proven by a blood test conducted by the Highway Patrol, however, Winn instead received probation with a suspended imposition of sentence.

According to the Camden County Prosecuting Attorney Caleb Cunningham, this isn’t that uncommon.

“As law enforcement sees it, the SIS is a guilty verdict and if he violates his probation and parole, we’re going to ask for 7 years in prison. However, if he walks his probation and hasn’t been in any bond violations, and the victims have been made whole in their civil suit…. then there’s nothing left to do. If there is no benefit to cooperating and taking responsibility, then nobody is going to take responsibility.”

Cunningham goes on to tell KRMS News that the reason this happened, despite this being his 2nd offense is actually due to a Missouri law.

“Had he not caused injury, this would have been a DWI first. I know he had a DWI from 2007, but as the current law stands to have a prior, it has to be within 5 years to be considered” Cunningham says, “Once you get a felony DWI, it doesn’t matter when the prior is…now that he has 2, so the next one would be a felony even if he didn’t hurt anyone. So, he’s on probation, he’s being monitored and any violation would be reported to a judge immediately.”

Cunningham says no matter what the case, Winn wasn’t going to prison “The fact of the matter is, he could walk into court and said guilty…and no judge in the circuit would have given him a sentence for this. He did plead guilty and he took a felony for it.”

In addition to the probation as part of the agreement, Winn only had to pay court costs, 2 $10 fines, and a $300 payment into the CLERF Fund.

Cunningham says that the victims, in this case, settled with the insurance company in a civil suit, as recommended, which means that Winn wouldn’t face any additional monetary charges in this case.

“Anytime where there is a case where we think there may be more for the victim to gain, we encourage them to get a civil attorney,” says Cunningham, “restitution can only cover certain out of pocket expenses; however, they can get more pain and suffering money in civil suits and if they get that, then there is no restitution to collect.”

In a note to KRMS News, Debbie Allee says their expenses in the hospital were high and they feel justice was not served.

“They settled with me, but not my husband Jerry. Our lawyer said there just wasn’t anything for us to get.”

Allee says they aren’t sure what the final numbers are, mostly because they haven’t been shown any documents from the attorney yet.

“I’m not sure what the total was because after we hired the lawyer everything was sent to him and not us. I know there may have been a reduction in some of Jerry’s bills, but the lawyer is still working on it.”

Allee says this was less about the money, even though that is an issue for them, but more about the safety of others and getting a dangerous driver off the roads.

In a previous story written by KRMS News, it was incorrectly noted that the offender, Winn, donated to the CLERF fund. However, a CLERF fund payment is not a donation. Additionally, it was stated the Allee family had over $800,000 in medical bills, however, because the civil suit is still ongoing…documents proving this are unable to be submitted by the family and we cannot verify the accuracy of the out-of-pocket expenses at this time.